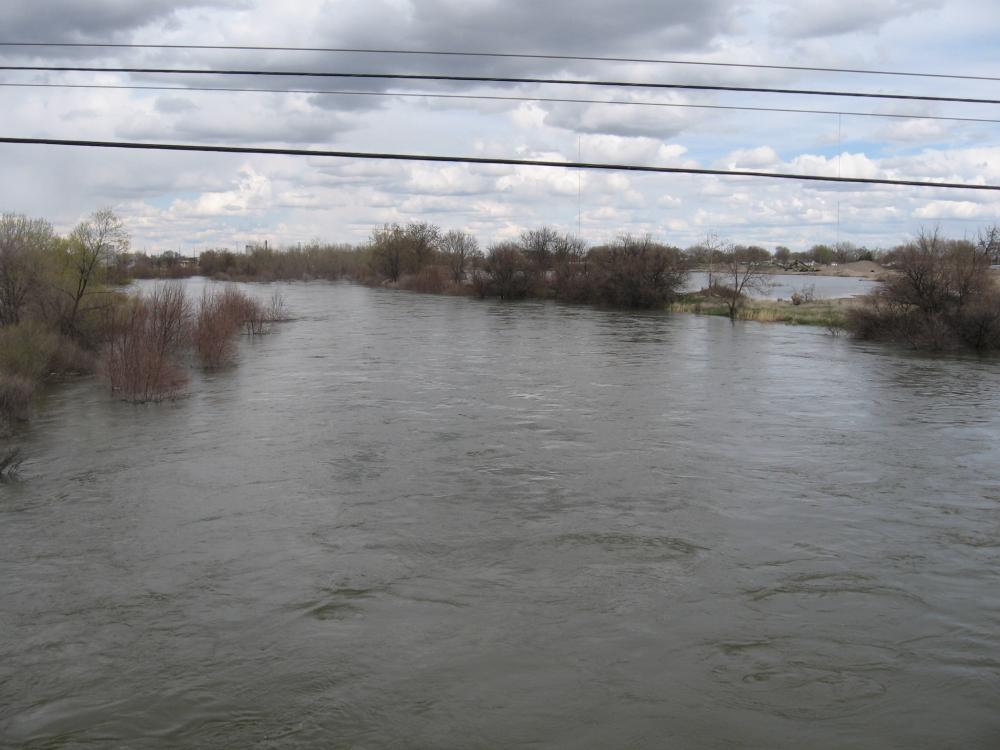 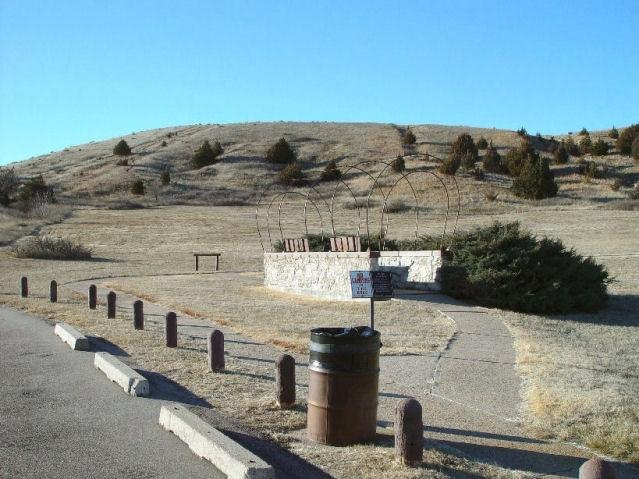 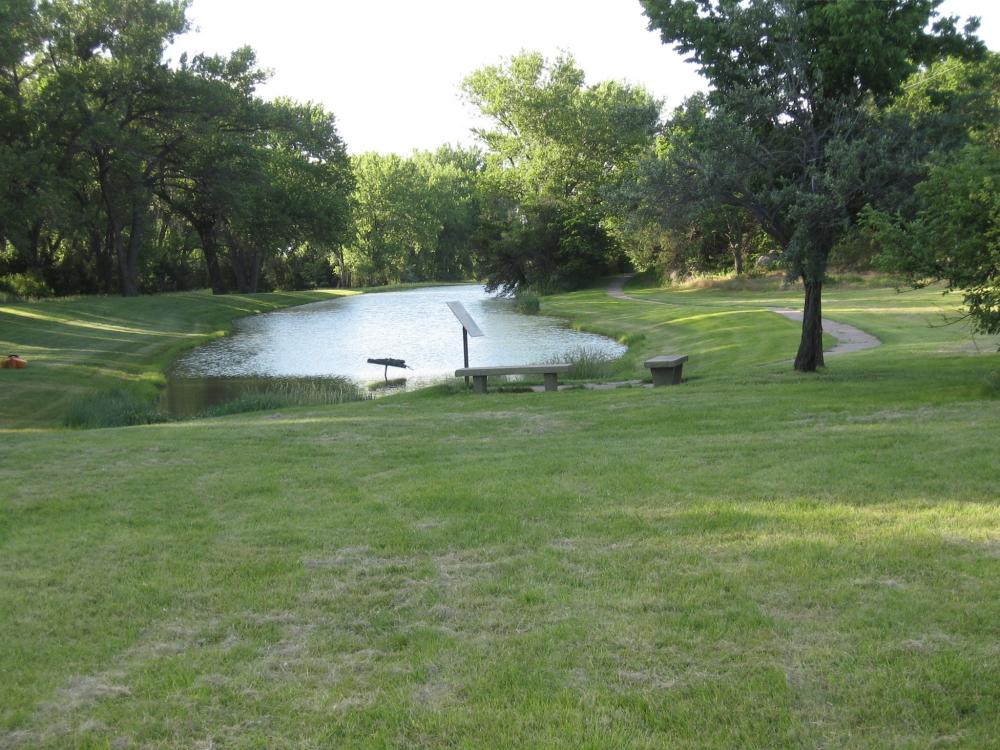 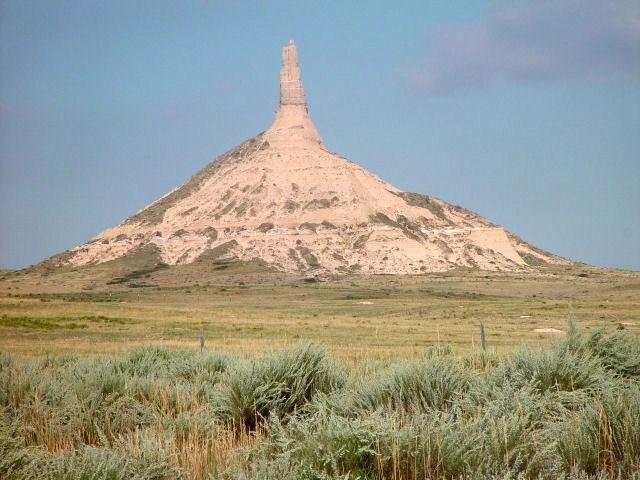 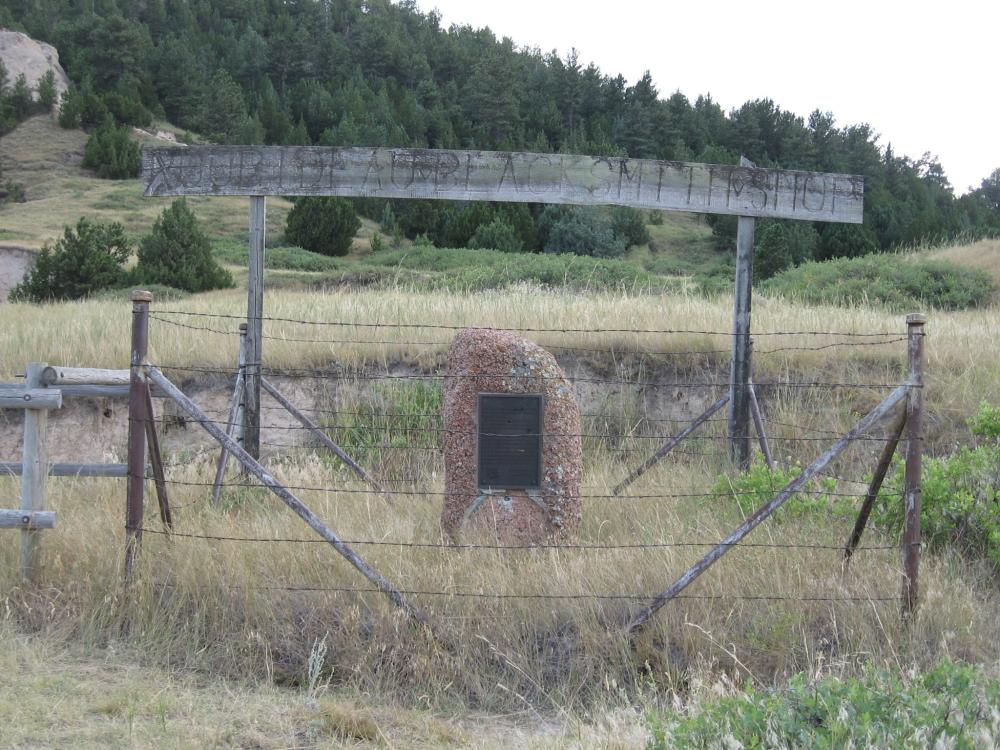 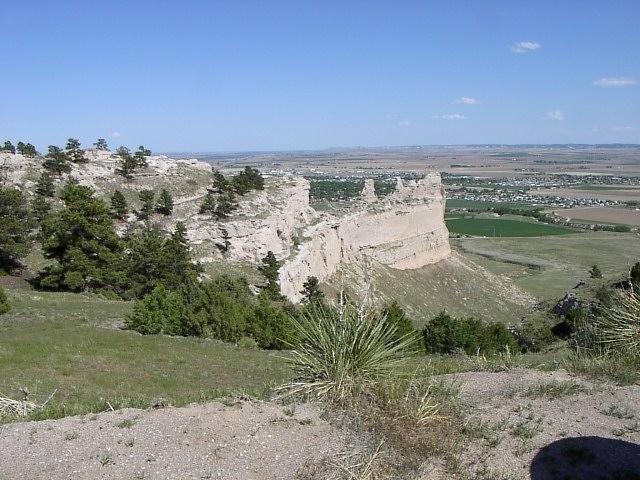 Emigrant trails from “jumping off” places in Iowa, Missouri, and Kansas were scattered across eastern Nebraska, but converged at Fort Kearny. After leaving the Fort, the trails ran adjacent to the Platte River through central Nebraska, then crossing the south branch, followed the north branch of the Platte through the awe inspiring landmarks of western Nebraska.

The trek across eastern Nebraska must have been a relatively easy one for the Oregon-California- Utah emigrants. The rolling plains, the plentiful prairie grass, and the initially friendly Indians probably lulled the travelers into thinking this would be a carefree, though dusty and tiring, passage. After a perilous crossing of the south fork of the Platte River and heading west, the travelers begin to see a very different landscape – one full of dangerous descents, canyons and rough terrain, quick sand laden river crossings, but also one of remarkable beauty. The easily identifiable landmarks etched in the landscape of western Nebraska worked as a prairie compass clearly pointing the way.